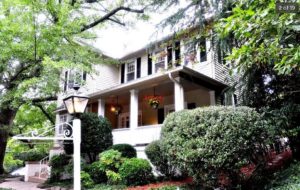 This traditional two-story frame house is stately in its simplicity. It has a gabled roof, a left front projecting bay, twelve-over-one sash windows, and a porch across the right two bays of the facade with square posts and a plain balustrade.

Roland H. Latham purchased the property in 1911, and by 1912 he and his wife, Mamie, were listed at this address in the city directory. He was superintendent of the Winston Public Schools. The Latham family owned the house until 1935, when Johnathan R. and Lucy B. Lackey purchased it. They retained ownership until 1963. (TR, CD, SM) 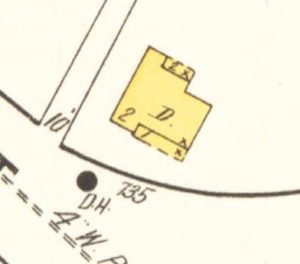