The cover page of the 1895 Sanborn Map does not dedicate a page number to the West End, but the majority of the streets and alleys are accurately depicted. Prior Sanborn Maps do not reference the area (1890 & 1885), and later maps only begin to provide details as construction in the area expanded.

The North-South dividing line (dash dot.dot) shows where the towns of Winston (top right of map) and Salem (bottom right corner) came to an end – hence the development name of “West End” on the hills descending down to Peters Creek just West of town.

The East-West dividing line (dash dot.dot) shows Winston to the North and Salem to the South. As the area grew, First Street became the official dividing line between the two towns. In the political struggles leading up to the merger of the city as “Winston-Salem” in 1913, Shallowford Road acted as the continuation of that demarcation. West End South was once part of Salem while the Northern portion of town was part of Winston.

The Fries Old Plank Road was eventually renamed Brookstown (spelled Brookston in the map below). 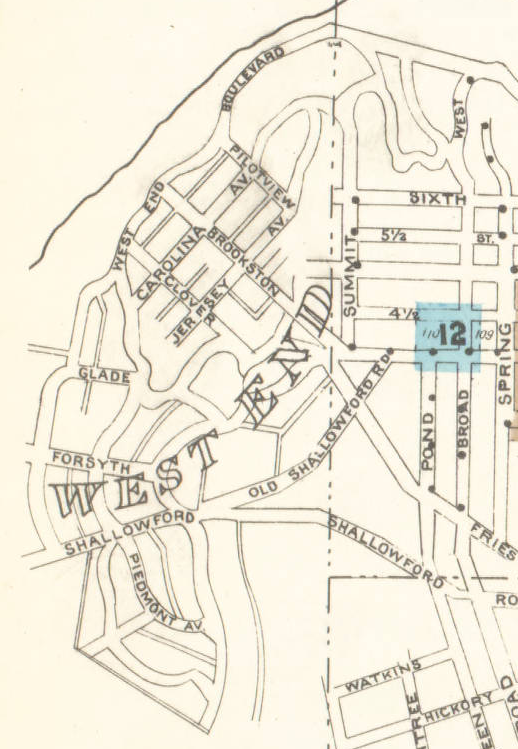