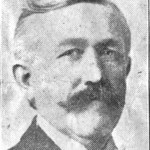 Except for its roof type, this late Victorian one-story frame cottage is very similar to its neighbors at 252 and 256 West End Boulevard (See 75 & 76). The house is characterized by a steep hip roof intersected by the gable of the right front projecting bay. A porch with slender turned posts, sawnwork brackets and a plain balustrade follows the irregular outline of the facade. During the past decade the house was covered with vinyl siding, but its form and detail still confirm its early twentieth century origin.

Like the adjacent houses along this stretch of Broad Street / West End Boulevard (75, 76 & 78), this house was for years rental property of Judge Erastus Beverly Jones and his heirs, who owned the property from 1902 to 1978. (TR, CD, SM) 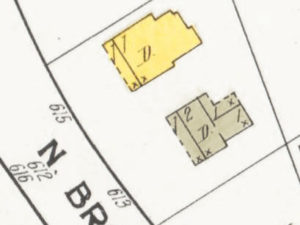