The Hebb-Reece House is one of the largest of the Queen Anne houses in this section of the West End. The two-story frame dwelling of irregular configuration has a projecting octagonal bay on each side; a hipped, gabled, and polygonal roof (with a decoratively shingled front gable); and a large wrap-around porch with turned posts and sawnwork brackets, frieze, and balustrade. A handsome brick retaining wall with a granite cap separates the front yard from the sidewalk. During the third quarter of this century the house was sheathed with aluminum siding, and at some unknown date the rear porch was enclosed. Neither of these changes has detracted significantly from the architectural integrity of the house. 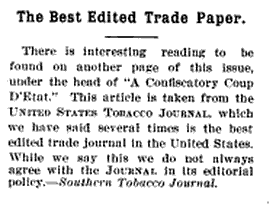 Garland E. Webb, of the firm of Webb and Kronheimer, publishers of the Southern Tobacco Journal, was the original owner. He and his wife Addie lived in the house from ca. 1893 to 1920.

Risden P. Reece purchased the property about that time.  He was assistant chief engineer at R.J. Reynolds Tobacco Company, and his family occupied the house until selling it to the present owners in 1977. (BEV, CD, TR, SM)