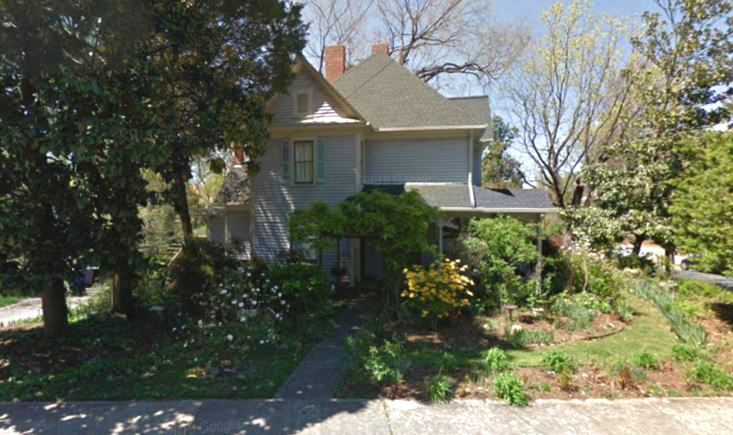 This two-story weatherboarded frame house exhibits the combination of late Victorian irregular massing and Colonial Revival porch with turned posts and a pedimented entrance bay. The house appears to have been designed to face Brookstown Avenue The only significant change has been the post-1945 enclosure of the porch, but this does not appear irreversible and does not destroy the integrity of the house.

Bettie Easley purchased the property in 1912, and by 1918 she and James S. Easlely and their family were listed in the city directory at this location. They owned the property until 1946, after which it has been owned and occupied by Nanuel and Hilda Valetos. (TR, CD, SH)

Behind the house is a non-contributing post 1950 one-car cinderblock garage with a gable roof. 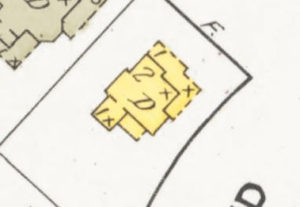