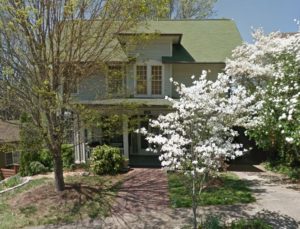 This unusual house shows a combination of Colonial Revival and Italianate influences. The two-story weatherboarded frame structure has a gable roof with widely overhanging eaves and a slightly projecting center bay tower with a double-leaf entrance with sidelights and transom topped by a pair of nine-over-nine sash with a pedimented surround. The asymmetrical facade features twelve-over-twelve sash windows to the left of the entrance, but no windows to the right, and has a slightly off-center porch with paneled Classical posts and a plain balustrade. 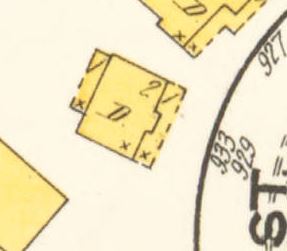