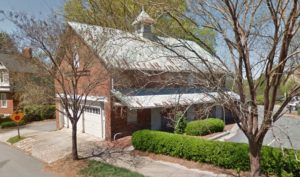 The Miller Carriage House is the oldest and most significant outbuilding in the West End. Shown on the 1891 Bird’s Eye View of Winston-Salem, it was associated with the prestigious two-story brick Frank Miller House, which stood just uphill on the West side of Summit Street between Fifth and Pilot View Streets, the present site of Street Paul’s Church’s Dalton Memorial Garden (#108).

The Well-preserved building is a one-and-a-half-story, common bond brick structure with a gable roof, a central cupola with a pyramidal roof and louvered vents, segmental-arched windows, east side batten doors with iron strap hinges and transoms, a brick shed along the north end, and a projecting shed roof along the east side. The south side now has large garage doors.

A. Clinton Miller listed the property for taxes in 1921 after his father’s death, and it passed to the Winston-Salem Foundation after Clint Miller’s death in 1948. Saint Paul’s acquired the building in 1974, (BEV, SPEC, TR) 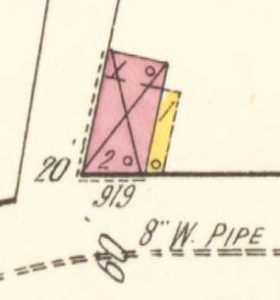 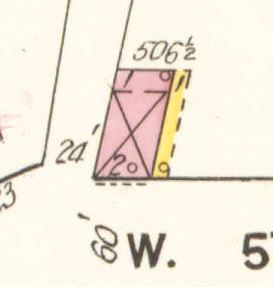