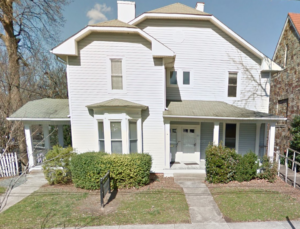 The Easley House is a simple late Victorian two-story frame dwelling with weatherboard siding, clipped gables, and a left front projecting bay with a nicely detailed bay window. The 1907-1917 Sanborn Maps show that the house originally had a wrap-around porch, but it has been reduced or replaced (probably between 1925-1950) with two smaller right front and left side porches, each simply detailed with paneled Classical posts.

JJ Easley, an oil dealer, was the first occupant listed in the city directories (1902/03) at this location. Subsequent directories, however, reveal that occupants changed frequently through the years. (CD, SM) 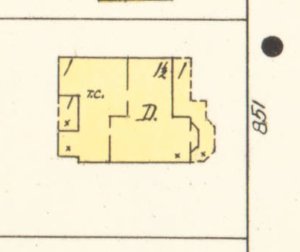